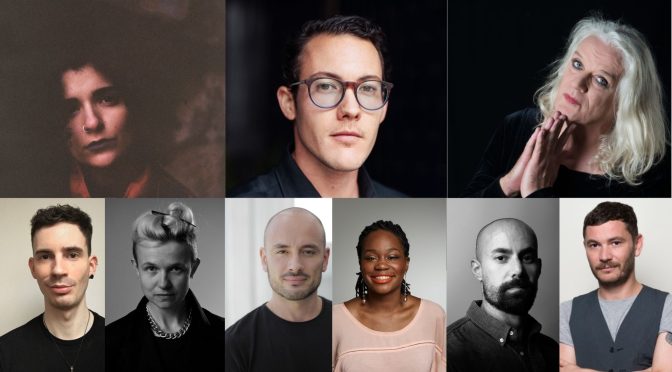 Today’s the big day: the TEDDY AWARDS are being given out at the Volksbühne – and you can join us via live stream!

We’re so excited for tonight’s show, and even though there can’t yet be an audience, we have a wonderful program prepared for you. In spite of all the restrictions, we’re more than happy to be able to set a sign: no virus will keep us from celebrating queer life and queer creativity and solidarity.

There will be live performances by GEORGETTE DEE as well as by RASHA NAHAS. For the first time, BRIX SCHAUMBURG is going to host the TEDDY AWARDS and MICHAEL STÜTZ (Head of Panorama) will join us for a little chat with ZSOMBOR BOBÁK. Last but not least, our fantastic TEDDY JURY will be there to award four brilliant filmmakers for their work.

So open a little bottle of bubbly and join us for the party! 🥳 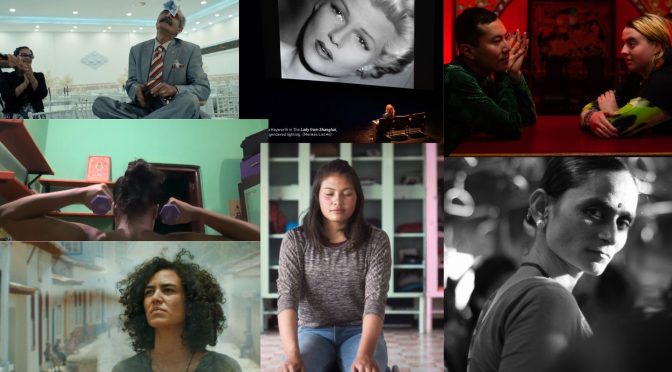 Wow, time is flying by – tomorrow night the Berlinale’s Golden Bears are already being awarded! But before that, we have quite a number of fascinating TEDDY movies premiering for you today!

Scroll down to find out about all the films coming out today, and don’t forget to check out the re-runs as well – plenty of fascinating content! 🐻

Synopsis: The German Federal Republic’s 1961 recruitment agreement with Turkey not only brought “guest workers” to Germany but also their music. Cem Kaya’s dense documentary film essay is a tutorial in Turkish-German recent history that tells a tale of assembly line jobs, homesickness and family reunification, the bazaar in the elevated railway station at Berlin’s Bülowstraße, xenophobia and racism, the wistful songs of the early years and the hip-hop of the post-reunification period. These are the stories shared by musicians beginning with Metin Türköz and Yüksel Özkasap, to the psychedelic Derdiyoklar and the chart-topping rapper Muhabbet. Their music has evolved a long way from that of German bands and has always developed out of the Turkish community and its desires. This is the world of Radio Yilmaz, various music cassette labels, protest rocker Cem Karaca’s German exile, and wedding bands that also sing in Kurdish and Arabic to meet the demands of the market. Extensive archival research and an interest in Turkish popular culture are recurring themes in Cem Kaya’s work. With Ak, Mark ve Ölüm, he has created a rhythmic and vividly narrated cinematic encyclopaedia of Turkish music in Germany.

Synopsis: Since 2017, #MeToo and the no-longer-covered-up abuse of countless women by Harvey Weinstein have called many things into question in the film industry. This documentary analysis of the male gaze in cinema is based on Nina Menkes’ lecture “Sex and Power: The Visual Language of Oppression”. In it, Menkes uncovers patriarchal narrative structures that lie behind supposedly classic set-ups and camera angles. Making use of feminist film theorist Laura Mulvey’s theses on the objectification and sexualisation of the female body, she shows how aesthetic decisions such as camera movement or lighting influence the perception of women on screen, and how shot design functions as an instrument and a mirror of power relations. In doing so, she determines a connection between established film language and a culture of misogyny that leads to the abuse of women beyond the screen. Her individual analyses of scenes from 120 years of film history demystify many a cult film in the independent canon – because the film language that has been shaped by the patriarchy pervades more than just Hollywood cinema.

Synopsis: Fernanda returns to her uncle’s ranch in Goiás in mid-western Brazil after an absence of many years, bringing the ashes of her deceased adoptive mother back home. Her appearance and her search for the truth about her roots shake the façade of her middle- class family. For her landowner uncle, a conservative mayor of the local municipality who is campaigning for re-election, Fernanda’s investigations and accusations are rapidly becoming a threat. But she remains unyielding in her bid for truth and justice.

In her surreal, fantastical debut, Flávia Neves masterfully interweaves the search for one’s own origins with Brazil’s colonial past. At the heart of this family drama is the confrontation with antiquated traditions, exploitative relationships and with those who profit from them. Fogaréu depicts an inspiring attempt to break out of hardened structures as well as the hope for a new beginning.

IF FROM EVERY TONGUE IT DRIPS

Synopsis: If from Every Tongue It Drips is a hybrid documentary film that uses the framework of quantum physics to explore the ways that personal relationships and political movements at once transcend and challenge time, space, identity, and location. The film follows the lives of a couple living in Batticaloa, Sri Lanka; Ponni writes Rekhti, a form of 19th-century, Urdu, queer poetry; the other, Sarala, is the camera operator. As their personal lives unfold on camera, the lines between rehearsal and reality, location and distance, self and other dissipate and reinforce one another. Simultaneously, through the poet and the camera operator’s daily lives, interconnections between British colonialism, Indian nationalism, and the impact of both on contemporary poetry, dance, and music in South Asia are revealed.

Synopsis: In a home in Columbia, ten young women take a seat, one after another, and close their eyes. They are asked to picture Alis, an imaginary friend, and to bring her story to life in a creative dialogue with the filmmakers. Like the interviewees, Alis used to live on the streets of Bogotá. This imaginary companion is the seed for an extraordinary documentary format, serving as a reflective and delicate point of entry to the protagonists’ own stories. Alis becomes a surface for the projection of past traumas, or the travails of companions who fell by the wayside, and also for life visions and desires for the future. The imaginary friend is a blank slate for exploring individual ideas of freedom, as well as battles that have yet to be fought.

Synopsis: A small film crew ventures into the compartments of Mumbai’s local trains that are reserved for women. “What makes you angry?” is the simple question the filmmaker poses to the train’s female passengers. Acquaintances and women who are encountering each other by chance are invited to reveal their opinions and stories in a space that is public, yet protected. Their answers and observations are manifold: sometimes funny, sometimes depressing, sometimes combative, sometimes resigned, but always honest, they come together to form an increasingly complex tapestry.

QUEENS OF THE QING DYNASTY

Synopsis: Star, a suicidal teen now too old for foster care, develops a candid rapport with An, a student from Shanghai who is assigned to watch her while she is in hospital. A nightly exchange of secrets, text messages and possessions quickly expands the boundaries of their relationship, altering their inner chemistry.