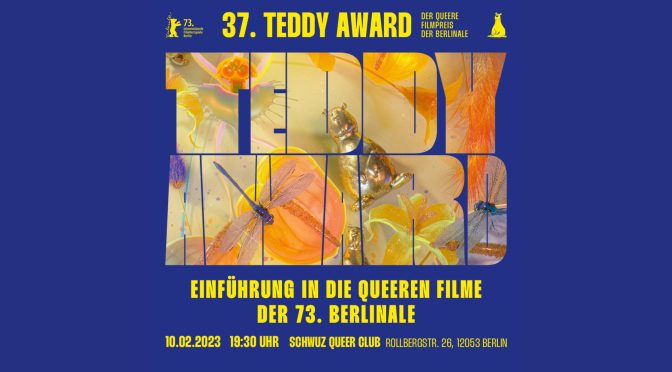 For all those who would like to find out in advance about the queer films at the 73rd Berlin International Film Festival, the head of the Panorama section, Michael Stütz, and programme directors from the Berlinale sections will present their films in the running for the 37th TEDDY AWARD and provide initial insights into current themes and trends in queer cinema.

This traditional launch event for the TEDDY AWARD is supported by the SchwuZ Queer Foundation.

Admission for a voluntary donation for the SchwuZ Queer Foundation.

The TEDDY AWARD ceremony on February 24th will take place at the VOLKSBÜHNE BERLIN, Rosa- Luxemburg-Platz, 10178 Berlin, starting at 8:30pm. From 11pm onwards the hot TEDDY After Show PARTY & LOUNGE will open their doors!

Tickets for the 37th TEDDY AWARD Ceremony are available at the Volksbühne Webshop at www.volksbuehne-berlin.de. Ticket reservations are also possible via e-mail at  via Ticket-Hotline +49 30- 240 65-777.

Welcome to the virtual home of Amelie Protscher, musician from Berlin, Germany.

Amy is a versatile instrumentalist, who plays several keyed and stringed instruments at a highly professional level, and also sings. Despite having had a classical education on piano, organ, and guitar, her musical roots are in the African-American tradition, encompassing the idioms of Blues, Jazz, Gospel, Soul, Rock and R’n’B. Her main squeezes are piano, bass and guitar; however, she handles organ, mandolin and banjo with almost equal ease.

In 2000, she moved to Berlin, and quickly became a vibrant voice in the German and European black music circuit. In addition to extended touring with different groups, she also is a gifted teacher and composer, as well as an accomplished recording artist.

We are delighted to have Amy as a performer throughout the evening at the 37th TEDDY Awards on February 24th, 2023. You can book tickets for the ceremony now on the Webshop der Volksbühne or by calling the Ticket-Hotline 030-240 65-277. 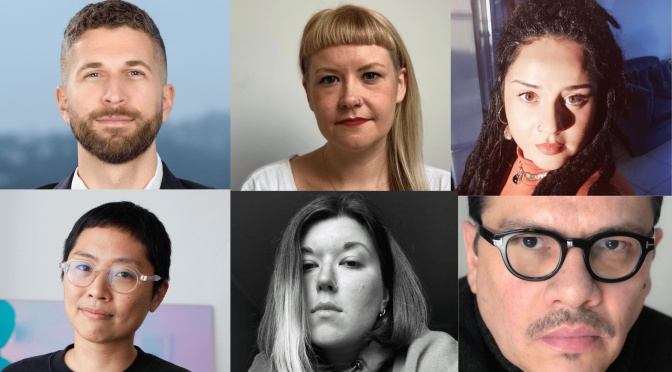 Alfonso F. Escandón was born in Mexico City and has been vice director, since 2005, of Festival MIX Mexico – Film and Sexual Diversity. He´s got a degree in Communication Sciences from the “Tecnológico de Monterrey” University and has diplomas in Film Direction and Screenwriting. He´s worked in the production area of ​​films by Luis Vélez, Jaime Aparicio, Julián Hernández, Roberto Fiesco, Ramón Cervantes, among others. Under his heteronym Constantino Escandón, he has written and directed the short films: The Raven, based on the poem by Edgar A. Poe (2000); The Lonely  (2005); Anonymous (2006); Lucio (2006); Philia (2007); in 2008 he adapted the poem “Ma prison” by Paul Verlaine, to make the short film of the same name and in 2009 he made the short film “Cerro de la Cruz” (with the support of the Mexican Institute of Cinematography) that was part of the “Onde” section of the 27th Torino Film Festival; he recently wrote and directed the feature film But infinite love will ascend in my soul (work in progress). Under his heteronym Celadón, he was the Director of Photography for the feature films: Torments (2008) by Alfredo Valencia, produced by Jaime Humberto Hermosillo and Someone else’s skin (work in progress) by Arturo Castelán. He has published two photography books: Male Emancipation Vol.1 – Sensation, and Male Emancipation Vol.2 – Melancholy, based on the poems of the same names by Arthur Rimbaud and Rubén Darío, respectively; his work has been exhibited both in Mexico and Spain.

Darunee Terdtoontaveedej is a curator and cultural programmer based in The Hague. Formerly trained as an architect and designer, Terdtoontaveedej is interested in the intersection of alternative (his)stories, creative practices, and cinema. She is a co-founder of Non Native Native, a cultural platform which looks into the Asian creative landscape in the Netherlands through the lens of outsiders from within. She has programmed at festivals and institutions such as CinemAsia Film Festival (Amsterdam), International Film Festival Rotterdam (IFFR), Sinema Transtopia (Berlin), Objectifs Centre for Photography and Film (Singapore), and Singapore International Film Festival (SGIFF).

Melanie Iredale is a film curator and agitator. Melanie was recently appointed as Director of Birds’ Eye View – a UK-wide charity with a mission to champion women & non-binary-led films, to build a community for them through its #ReclaimTheFrame project, and to advocate for equity in all film spaces.   Prior to this, Melanie was Deputy Director at Sheffield DocFest 2014-2021, leading on the development of its arts/interactive programme and co-programmer of its Rhyme & Rhythm strand, and before that served as Director of Berwick Film & Media Arts Festival 2009-2014, commissioning moving image art and performances that went on to win awards at International Film Festival Rotterdam and beyond.    Melanie has served on several juries including Nordisk Panorama in Sweden, ZagrebDox in Croatia, and Colombo International Women’s Film Festival in Sri Lanka. She is a proud Exec Producer of Harri Shanahan and Siân A.  Williams’ archive documentary Rebel Dykes, which has brought the queer, ally, and activist communities together at over 50+ festivals around the world.

Sasha Prokopenko is a programmer, film curator and translator based in Kyiv, Ukraine. Sasha is a Head of Programming at the Kyiv International Short Film Festival. Since 2018, she’s been one of the curators of the Sexuality Matters section, focused on LGBTQIA+ rights, women’s rights, gender identity and sex positivity. Sasha also curates the Teen Screen section at the Molodist Kyiv International Film Festival. Since 2016, she has worked at the independent film distribution company, KyivMusicFilm, that distributes films on art, music and culture.

Tom Oyer is the Senior Vice President of Member Relations, Global Outreach and Awards Administration at the Academy of Motion Picture Arts and Sciences, focusing on awards eligibility, submissions and voting.  As part of the Academy’s global outreach efforts, he has led presentations at such film festivals as Annecy, Cartagena, Docaviv, Doc Edge, Guadalajara, and the International Documentary Film Festival Amsterdam.  Additionally, Oyer has been featured on panels at DOC NYC, Palm Springs, Sheffield and SXSW and juries at Cleveland, Dallas, Hot Docs and Mountainfilm festivals.  Over the past 15 years at the Academy, Oyer has grown to oversee awards rules, the Animation, Documentary and Short Film categories and the Producers Branch.  He also helped to lead the Academy’s A2020 membership diversity initiative and the modernization of voting processes, including efforts to ensure global member participation through the launch of the Academy Screening Room, the Academy’s viewing platform.

Xena Scullard is a queer feminist activist, organiser and strategist. Xena has over a decade worth of experience working with queer and justice movements both locally within her context in SouthAfrica but also regionally and internationally. Xena is one of three co-founders and convenors of the first Queer Feminist Film Festival (QFFF) in South Africa which hosted it very first festival in 2018. QFFF consciously seeks to politicize intersectionality within our content curation and the ways in which we engage dialogue and art as a disruptive and generative tool for queer humans by queer humans. As a Senior Racial Equity Fellow under the Atlantic Fellows network, her work attempts tounearth and amplify the intersections between race, gender and justice. Xena currently works as an independent consultant with justice based organizations both regionally andinternationally. Xena’s work centers creative disruption, artistic strategy and situated solidarity building. 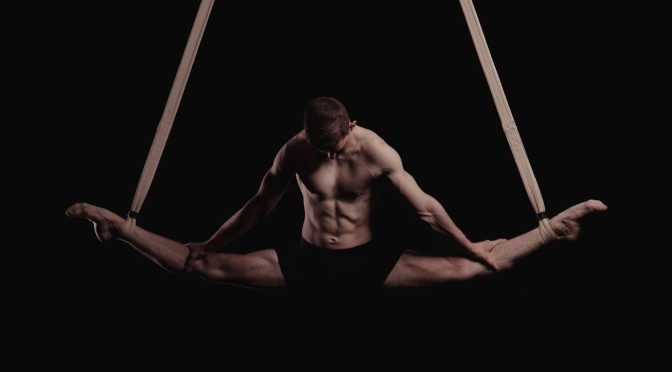 Tim Kriegler is one of the most fascinating aerialists in Germany.

He performs his highly complex and fascinating tricks on the stages of this world – his performance on the straps is based on clear lines and expressive poses. Over the last few years, he has created an unmistakable sequence of different elements that have never been performed on the straps before.

Already in his first year of work Tim won a silver medal at the renowned circus festival “Cirque de Demain” in Paris. A year later, a silver medal followed at the international young talent festival in Monte Carlo. Since then, Tim has performed internationally in various shows and productions. Among others, he was on stage with Helene Fischer and for Angela Merkel. Most recently, in July 2022, he performed his act at the official opening of the European Championships in Munich. Tim regularly teaches his own classes and workshops, including in Sydney, Bangkok and New York City.

Tim Kriegler recently launched the app “The Pending”, which among other things serves to connect artists worldwide. A special focus is on supporting Ukrainian creatives in need. 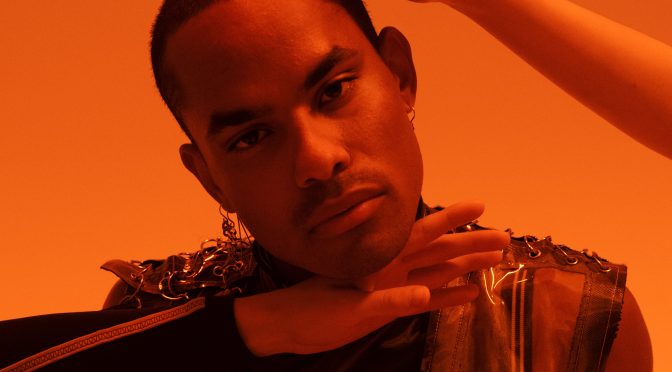 We‘re happy to introduce to you one of our performing artists in the program of the 37th TEDDY AWARD ceremony at Berlin’s Volksbühne on Feb 24!

Growing up in Berlin, LIE NING was exposed to a mixture of languages, images and melodies from an early age on, creating an interest for dance, fashion and fine arts. Music especially. From early on his mother showed him a world of rhythm and melodies, which would never let go of him again. His voice emerged as the most powerful means of expression. Everything he couldn’t convey visually he wrote into songs.

With his EP “traffic songs for the inbetweens” the young singer delivered a debut of impressive maturity, depth and international format. Still in a balancing act in between indie, soul and r’n’b, LIE NING creates intense pop-moments and emotional pictures in dreamy landscapes that got sharp edged. With his highly anticipated debut album lined up, LIE NING opens the gates to a parallel universe and reveals a layer of his very own utopia. One of many.

What builds a person? How does society reflect on a persona? Who defines success? Who am I? Where do I stand and for whom? A society is built by many factors, contributes and components. So is a personality. “utopia” is a deep dive into one of many facettes of LIE NING lead by velvet vocals and intriguing intensity towards the place of deepest emotional vulnerability. Where realities collide. Welcome to the cosmos LIE NING.