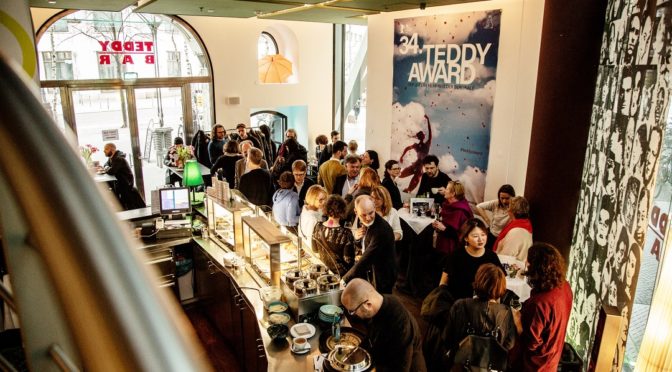 Just a few days after the exhilarating climax of the Berlinale – the TEDDY GALA 2020 – the lights went out everywhere, not just in our halls.

As you all know too well, the Covid-19 pandemic has hit cultural venues as well as professionals particularly hard, literally thinning the air they could breathe. Cinemas around the world have been closed indefinitely, film festivals have had to be cancelled or moved to a digital setting. At the same time, the private cinema – the movie experience at home – is becoming a popular evening activity thanks to the numerous streaming services.

But what about the movies? Weren’t these made for the cinema, and not to be used as an evening sideline to folding laundry?

We checked in with the TEDDY Filmmakers 2020 to find out what happened to their just-released films and how they’re coping under the seemingly never-ending restrictions.

Many filmmakers report that the Berlinale was in part the only “analog” festival they were able to attend.

Last year has been a very strange one but we have to say that we have been lucky in many ways. We managed to have our premiere in Berlin with you and also our national premiere at a film festival here in Stockholm before everything closed down. We are really thankful for that and still think about our time in Berlin and […] the amazing response we got from the audience <3

The Berlinale was the first and last festival we had the luck to be live at! Days after that we went back home and locked ourselves down… And we are still there.
I feel grateful though; I can’t think of a better place to have our only in-person live projection, being able to share with colleagues and audiences. […] It was beautiful to remember this strange year it has passed. Of course, our most beloved memories of it are from Berlin.

Berlinale was a great breakthrough for the film around the globe, during weird times… The movie is still traveling, this is so important for our LGBTQ+ community. It means a lot!!! […]
Also the movie was presented on many special screenings involving the Transgender Community in Brazil, and for Educational propose.

From live to online – what changes does that bring to the movies?

Despite Covid-19, many of the 2020 TEDDY films were screened at numerous film festivals around the world, albeit mostly online.

We are quite happy with ‘The Twentieth Century’, though the pandemic has been hard for the movie industry, and especially arthouse films. Festivals tried to adapt as quickly as possible by switching online, which is a good thing because it keeps the circuit open, though the collective experience of screenings is not the same.

During this last year, we have been virtually traveling with our short film all around the world: Argentina, Germany, Spain, Sweden, Switzerland, US, UK, Albania, the Netherlands, Belgium, Russia, Estonia, Chile… And we plan on continuing the trip! It was amazing being able to share our piece with such diverse audiences. We are thrilled by all this!

Extractions seemed to do well at festivals […]. I found even virtually attending festivals to be difficult during times the programs were geolocked to certain regions. At the same time I got a lot of positive feedback about the film, and was able to participate in panels and discussions through zoom, which was really lovely. I think that film was a uniquely suited medium for switching to online presentations. However it can quickly get overwhelming to be watching films on a little computer screen all year.

While some films can be transferred relatively well from the cinema to the computer screen, other filmmakers do not see virtual film presentation as an adequate alternative that does justice to the film. Nicolaas Schmidt reports resignedly on his film Inflorescence:

Knowing that Inflorescence, like most of my works, was produced for cinema and lives from its special experiences, I had a hard time with the decision to make the film available online. (It felt like a betrayal of my work and my own person).

Heinz Emigholz is also struggling with the screening of his film ‘Die letzte Stadt’. He is waiting for cinemas to re-open.

The theatrical release was planned for December 2020, then postponed to February and is now further standby. The online release is not an alternative for us now, we wait until the cinemas open again. Even if some festivals took place online, the visibility of the film through Covid-19 is much lower, festivals are otherwise the multiplier for the films of Heinz Emigholz.

How to make movies during a pandemic

How does filmmaking work under Covid-19? These filmmakers report on both current and upcoming projects.

Thirza Cuthand about the shooting and the unusual editing via Zoom:

The last film I made last year was a short drama featuring special effects, stunts, and driving. And VFX. We were lucky to be able to shoot in a small window when the case numbers of COVID were very low, before the September second wave began. I was not sure how editing would go, but we made it work remotely through a lot of zoom sessions with screen sharing between the editor, myself, and the producer. […] It was a very strange way to make a film but the fact we were able to shoot it still was pretty awesome. This year the films I am working on are either still in the script stage, or are very experimental and I will be the only crew person filming things around my neighbourhood.

Heinz Emigholz works simultaneously on several films and an exhibition:

Last week we started shooting his latest film ‘Schlachthäuser der Moderne’ in Berlin, which we want to continue in Bolivia and Argentina from April. Due to the pandemic, this probably won’t work out, so we are preparing for a postponement.

So there is an ideal and an economic loss, but so far this has not been able to stop us from continuing to develop and produce projects.

As for our future plans, we had to stop the shooting of our first feature-length documentary. But we expect to start again soon. In the meantime, we have had the time to revisit the shot material and to develop new projects. We have even had the luck to be at online development labs and workshops… We have no plans to stop making films!

We wish all filmmakers the best for their future projects and films. Hang in there! We are incredibly excited and look forward to seeing what you have to offer.

On top of the cake you can watch these video statements from more of our fantastic filmmakers last year:

If you want to know more about the situation of the film industry, production and filmmakers, feel free to click through the the following links. There is so much to discover! 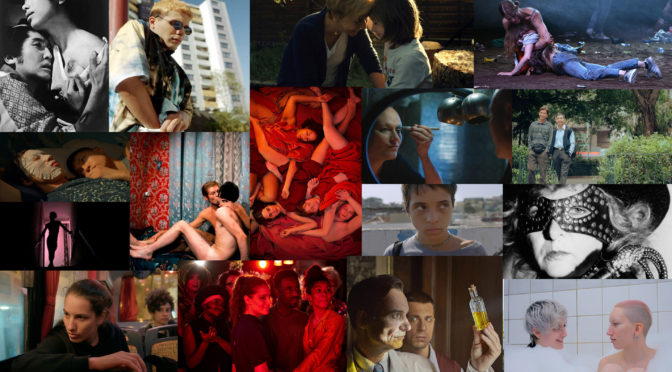 We have something for all of you to get distracted by and to start planning your Berlinale schedules with! Here is the official TEDDY AWARD brochure with all queer films at the 70th Berlinale!

You’ll find all the important infos regarding our films, events and the TEDDY AWARD ceremony night – the full artist line-up for example!

Of course we also got you covered on how to get to the pop-up TEDDY BAR that will be open daily from February 17th – March 1st from 12pm onwards! Come hang out and have drinks and delicious pastries. Amazing, right?