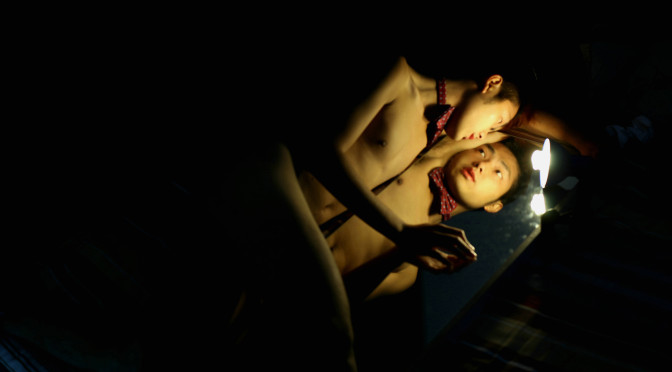 Afterwards there will be a big party which will continue in Schwuz and last until the early hours of the morning!

Girls, get ready to rock!

And for everyone who wants to have a more quiet day, maybe as a couple in the cinema, should have a look at today’s movies, to see which movies are competing for one the much desired TEDDYS.

THROUGH A LENS DARKLY
(Through a Lens Darkly) In his documentary, Thomas Allen Harris chronicles the history of photography from an Afro-American perspective. With the aid of archive photographs he makes apparent how the black community used the camera as a tool for social change. Making use of photographic arrangements, some of which are collage-like and others animated, the film introduces us to photographers of arthistorical importance.
Harris makes use of personal material depicting his own family in order to reflect upon the emergence of a sense of photographic identity among African Americans.

THE DOG
(The Dog) Over ten years in the making, Allison Berg’s and Frank Keraudren’s powerful documentary THE DOG follows the life of John Wojtowicz, who spectacularly attempted to secure the money for his partner’s sex change by robbing a bank in Brooklyn in 1972. His attempted heist was made famous by Sidney to militant gay activist, but also provide an unconventional survey of gay culture in New York during the past forty years. The Dog is truly a labour of love with Wojtowicz as its fascinating anti-hero, captured here in all his humaneness.

After his grandmother’s death Hansel returns to Cuba from San Francisco to look after his brother, Marcos, who has trisomy 21. The brothers have drifted apart. Marcos misses his grandmother and refuses to accept that she has died. She was the only one he trusted, the only one to look after him so patiently, and to teach him so much about the world. At first Marcos sees Hansel as an intruder in his world. He spends most of his time on the balcony looking up and down the street and playing a game he always used to play with his grandmother: waiting for an orange car. Hansel tries to approach his brother, albeit somewhat awkwardly. He begins to play the game with him, in his own way – hoping to regain his brother’s trust. offers her some pills, but – what the hell? Her mother’s away and they are both desperate to have some fun tonight. They set off and, once the drug takes effect, start euphorically planning how they might finally escape their dreary island. But they only manage to wind up at a party where they continue celebrating. Maria’s pupils are wide open in her delicate face. She may be high, but she doesn’t feel at all well any more. It now transpires that Birita has plans for her friend: she wants Maria finally to have sex with a boy and put a stop to the stupid gossip about her being a lesbian. The sixth part in the compilation film series Fucking Different breaks new ground. FUCKING DIFFERENT XXY intends to dissolve the binarity of classic gender identities. Seven transgender filmmakers from all over the world have made short films about aspects of sexuality which are alien to them. The mixture is colourful and diverse and includes documentary contributions from pornographic filmmakers Buck Angel and experimental approaches by J Jackie Baier who comes from a documentary background. The film series attempts to overturn stereotypes about the ‘other’ and what’s ‘normal’ – stereotypes which also exist in the queer community. – Break stereotypes, create confusion and celebrate diversity! ’You’ll be beautiful and it won’t even hurt!’ This is what Dorina promises dozens of her clients. She has come to Manila from Japan to help them realise their dream of winning a Miss Gay or Miss Amazing beauty contest. Decked out in the eccentric and colourful costumes of the show there’s no sign of the earlier injections into their cheeks, nose, lips, breasts, hips and behind. Until one day the dark side of this artificially created beauty comes to light.
With documentary precision and breathtaking speed director Eduardo Roj, Jr. follows his heroine as she moves through the harsh world of a community obsessed with beauty and with improving their chances of a career. A young man stands in front of a mirror. Every evening, he appraises his appearance, attired in a new shirt, leaves his apartment and waits in a poorly lit alleyway for his johns. One night he meets a female prostitute of his age who’s new in this part of town. They flirt and wander the streets and name themselves after flowers: he calls himself Tuberose and she, Narcissus. The strangers they follow remain faceless – until Rose, a one-night stand, falls in love with Tuberose. In his visually impressive, sensual debut film in which he also plays the leading role this 21-year-old director demonstrates all the poetic intensity of a Jean Genet in describing these three misfits’ mute search for intimacy.