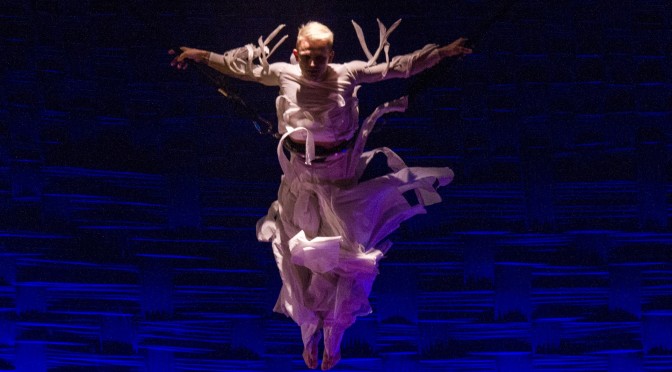 A master of the winds: Varieté director Pierre Caesar is performing again, set to float over the stage at the Teddy Awards. In a harness specially developed for him, he can defy gravity, flying as if on his own. He nails breathtaking double corks and triple somersaults with fascinating ease. Pierre Caesar displayed his bungee skills for the first time in front of Queen Elizabeth II at the Royal Variety Show. Now, he performs a new form at the Teddy Award. We believe he can fly!