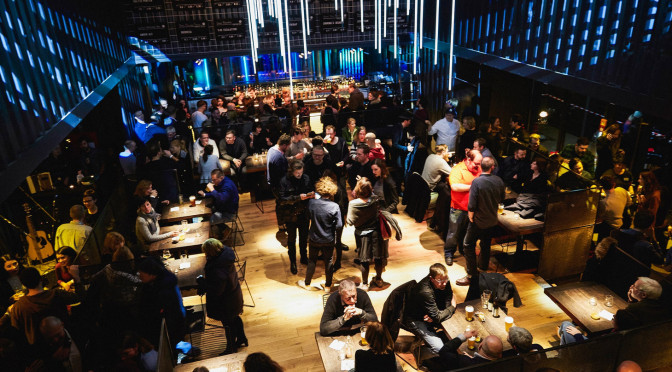 About a month ago another Berlinale finished after 10 days of premieres, discussions and networking. Besides moving our Queer Academy/Programmers Meeting to the Martin-Gropius-Bau, we also initiated the TEDDY Diversity Talks. After last year’s Academy Summit, we decided to continue those talks but in a different, more intimate format where filmmakers could go into depth discussing certain topics circling Queer Cinema.

We are very happy to share all four talks with you today. Please make sure to view the talks, especially if you did not get a chance to attend in person a few weeks ago. It would be great if you could share the links also within your community,our goal is to reach as many interested people as possible, to keep the discussions flowing. We will be back with more Diversity Talks and are looking forward to welcome you back in Berlin.

This years TEDDY Diversity Talks were supported by L´Oréal Paris @ the 67th Berlin International Film Festival. Thanks a lot to the wonderful team of L´Oréal Paris and the BRLO Brwhouse for hosting us.

SILENCE/VIOLENCE.
Independent queer narratives and The United States of Oppression

TRAVIS MATHEWS director “DISCREET” (In Their Room, I Want Your Love, Interior: Leather Bar) and first-time filmmaker YANCE FORD, director “STRONG ISLAND” talk about their films Discreet and Strong Island, and discuss the levels of queer and racist oppression that has been going on in the USA for decades and how it has affected their works. Talking about the closeted spaces of Texas, the alt-right movement, everyda racism and the segregationist population of Long Island, both filmmakers discuss how political circumstances have impacted their feature films.

The Kids are alright: When it comes to questioning existing concepts of gender, sexuality and humanity at an early age, Berlinale Generation is always a cinematic shoulder to lean on: Filmmakers NEIL TRIFFETT, director “EMO THE MUSICAL” and LIA HIETALA, director “MY GAY SISTER” (MIN HOMOSYSTER) both presented films about queer youth this year and provided cinematic alternatives to heteronormativity. Be it the Emo, the gay Highschool boy, the bi-curious child or her lesbian sister- both films showed their young audiences that boxes and categories are something to leave behind.

Filmmakers ANDREA WEISS, director “BONES OF CONTENTION” and JOCHEN HICK, director “MY WONDERFUL WEST-BERLIN” discuss in this talk how queer historiography can influence the identification process of children and young adults; the importance of accessible queer archives as well as the difficulties filmmakers can face during the process of research.

IN THE FLESH.
The other body in queer cinema

Cult filmmaker SHU LEA CHEANG director “FLUIDØ”, (I.K.U.) and first-time director EDUARDO CASANOVA, director “SKINS” (PIELES) both premiered at Berlinale Panorama with films that question the logics and semantics of bodies as we know them. Where Cheang follows the thread of the cyborg cosmos she has invented in her cinematic and video work, Casanova takes the idea of the freak, developed on his earlier works, to a new level and composes and opera of otherness. The two filmmakers discuss their ideas and sometimes controversial concepts with great openness.

This years Diversity talks were supported by L´Oréal Paris @ the 67th Berlin International Film Festival. Thanks a lot to the wonderful team of L´Oréal Paris and the BRLO Brwhouse for hosting us.