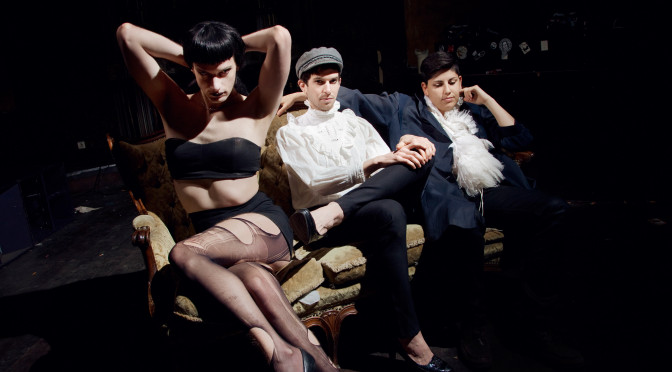 Godmother is a transgenre band that plays “oldies but newbies”, finding that middle ground between the strange and the strangely familiar. Their first anti-hit was “Theme Song from James Bond 23”, amassing over 200,000 views on YouTube (albeit mostly from pissed-off Adele fans). One year later, GODMOTHER released a 7″ single and music video for “These Things Take Time”, which No Fear Of Pop praised as “exuberant, luscious, and delightfully kinky… effectively smashed the competition for 2013’s greatest lyric.”