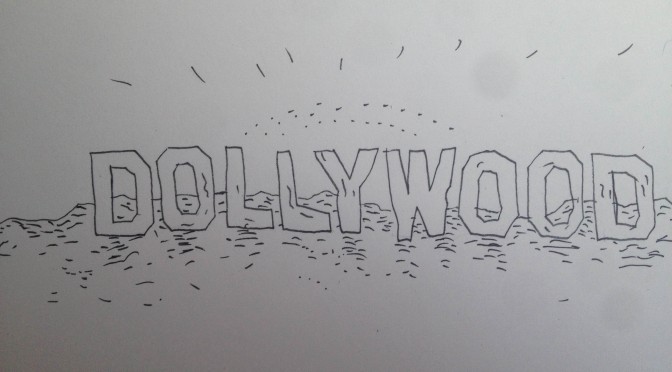 It´s nothing new, that american tv-series are addictive for million people worldwide and are talked about in feature sections of newspapers all the time. It´s also no novelty that tv-series are considered as the new world literature. There are analytic books written about series like „Breaking Bad“ or „The Wire“, and moreover there are seminars about them, for example at elite university Harvard.

A new art form was invented: complex stories told over a larger amount of time, characters who have the possibility to develop – or completely change. But also, there has been another change in the comos of series: the women characters. While EEOC (Equal Employment Opportunity Commission) investigates Hollywoods discrimination against female film and tv directors, something new appears to develop in the landscape of series: interesting, complicated, strong, unconventional and powerful woman. Detectives, politicians, professors, cops, lawyers, house wives, students and single mothers. It´s a large range!

At the end of the 90s, postfeminist series like „Sex And The City“ were considered as feminist and progressive. Today it´s different. The HBO series „Girls“ refers to Samantha & Co.; also four woman in New York (but in their mid twenties). The stories are also all about love, job and friendship in the Big Apple, but while „Sex And The City“ set a high standard for women (skinny, successful, exciting sex life), the protagonists in „Girls“ are dealing with problems like unpaid interns, bad paid jobs, high rents, frustrating relationships with men, bad sex and weight problems. Which might appear boring and frustrating at the first glance, gives you fun and identificational potential at the second. To be a girl in a big city in your mid twenties isn´t always fun, and „Girls“ puts that straight. Maybe „Girls“ is capable to tell about womens life that good, because the creator is a woman. Lena Dunham (creator, director writer and main character of „Girls“), is in her late twenties and got a lot to tell.

Also the series „Orange Is The New Black“ focuses on women. They are black, white, criminal, funny, old, big, dangerous, homo- and transsexual. The story tells about a white middle-class girl, who gets overtaken by the past and has to go to the jail. First she is shocked, but gradually gets to know the different characters and becomes friends with them. The series is about friendship and love, rivalty and tensions among women. Jenji Kohan, the Showrunner of „Orange Is The New Black“ is a sreenwriter, producer and director and well known for the series „Weeds“, which she also created. In this series, the protagonist, a widow, starts dealing with weed, to assure her livelihood.

In the series „How To Get Away With Murder“, Viola Davis plays a shady professor and defense lawyer who gets involved into a murder case with her students and becomes a suspect herself. The creator: a powerful woman named Shonda Rimes, who created and produced „Greys Anatomy“ and Private „Practice“ with her own company „Shondaland“. Since 2012 she is shooting the series „Scandal“ in which the main character is a woman called Olivia Pope, who is supposed to keep the White House away from scandals. Olivia Pope is a complex figure, a heroine and anti-heroine at the same time. And also the first female afro-american leading role (played by Kerry Washington) to be seen in one of the three biggest american TV stations.

The series „Jessica Jones“, based on the Marvel comic book and produced by streaming provider „Netflix“ got created by screenwriter Melissa Rosenberg. Jessica Jones is a privace detective with supernatural forces buffeted by her alcohol addiction and depressions.

„UnReal“ is about a female tv producer, who is doing a reality show. Gradually she discovers the immoral methods of the show and starts to get a guilty conscience about it. Marti Nixon produced this series with Sarah Gertrude Shapiro, who processes her own experience as a producer. The list of female protagonists in the contemporary landscape of series goes on, the stories and characters appear more diverse and interesting than ever before, and the fact, that women are involved in the origination process, seems to play a major role.

Sure there are a lot of man, creating interesting female characters, but it needs more women to tell their stories. Women are going to  the movies as often as man do, but why are there only a few films telling their stories? The universe of american tv series is expanding and is getting bigger and more innovative. Hollywood could take a leaf out of this book…

Lena Dunham (“Girls”), Mindy Kaling (“The Mindy Project”), Jenji Kohan ( “Orange Is The New Black”) and Kristen Wiig (“Bridesmaids”) are talking with ” New Yorker” tv critic Emily Nussbaum about their experiences as showrunner, writer, directors and actresses in the film and televison industry.