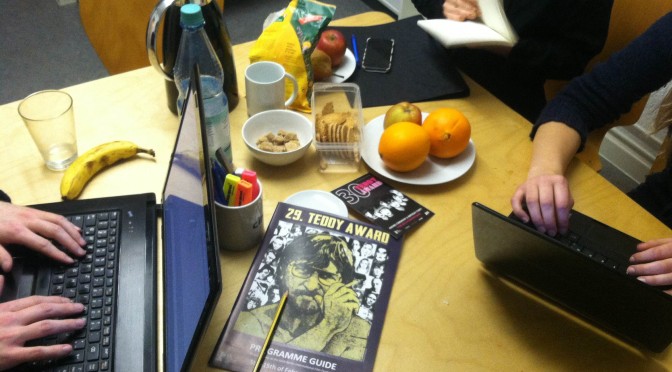 Preparations are in full swing and the 30th TEDDY AWARDS are about to commence. In context of the International Film Festival Berlin 2016, the most important queer film award worldwide will once again be presented in three categories, comprising best short, best documentary and best feature film.  We are looking forward to exciting interviews, panel discussions, parties and a lot of great movies. The award show, to be presented in STATION BERLIN on February 19th, will provide a concluding highlight to complete the TEDDY AWARDS of 2016. Additionally, the TEDDY AWARDS’ 30th anniversary will offer a special occasion we would love to celebrate with you in connection to the Award Show. Tickets for the Show and the Party are available now in advance.

The TEDDY AWARD honours filmmakers who make queer contents accessible to a larger audience and thereby contribute tolerance, acceptance and equality to society. Accordingly, the TEDDY are conceived as an accolade of political and social dedication, which endeavours to return queer filmmaking from the fringes to the center of society, aiming to create attention and make it more visible to both film industry and a wider audience.